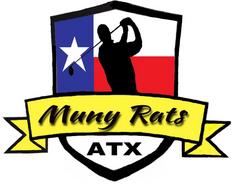 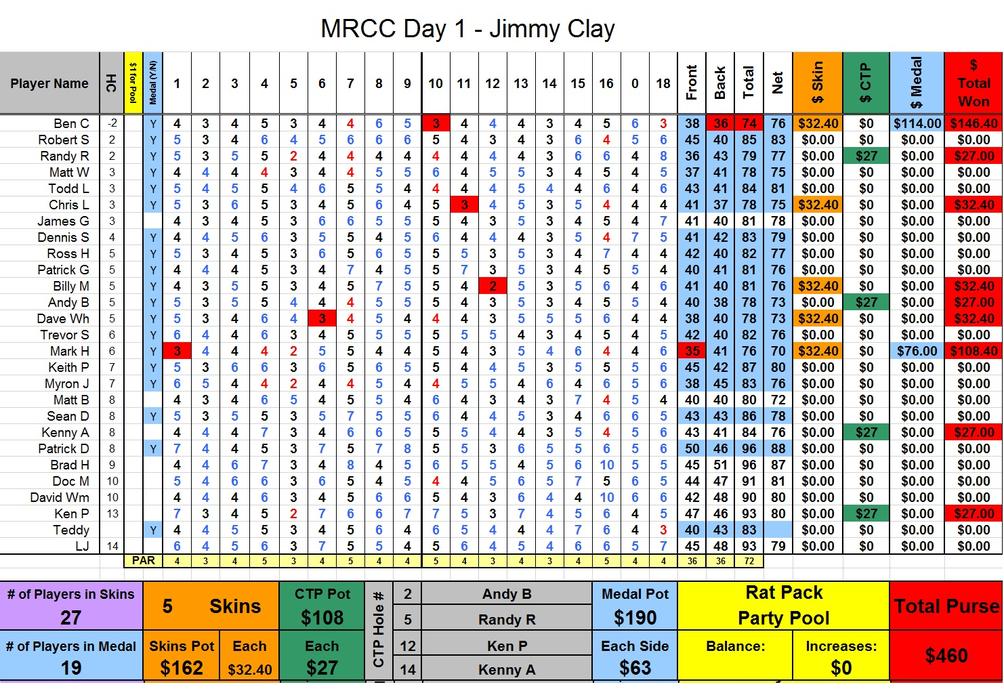 Quest for the Golden Headcover 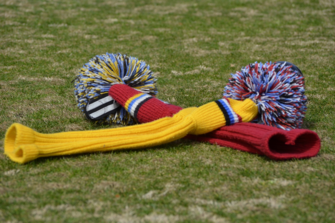 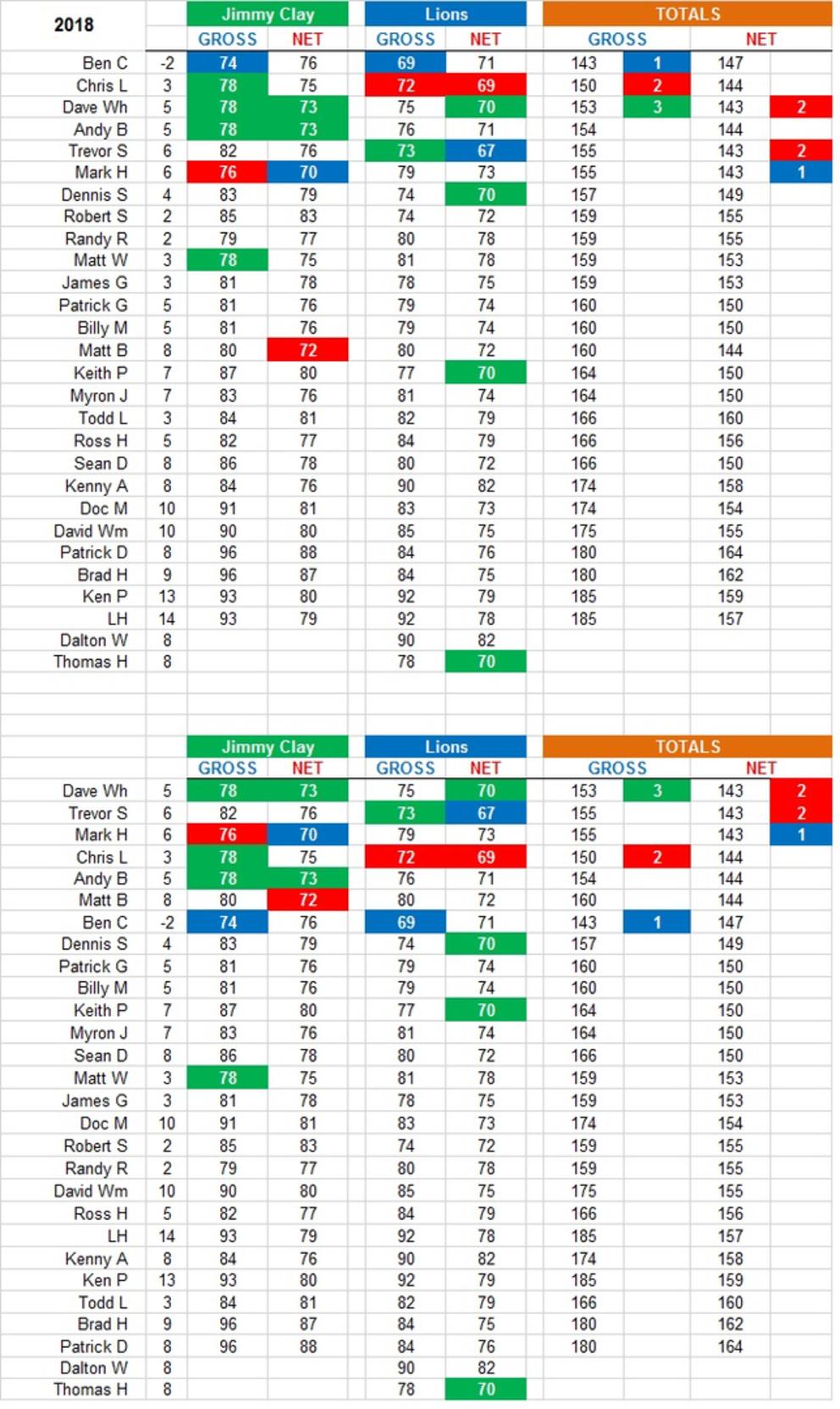 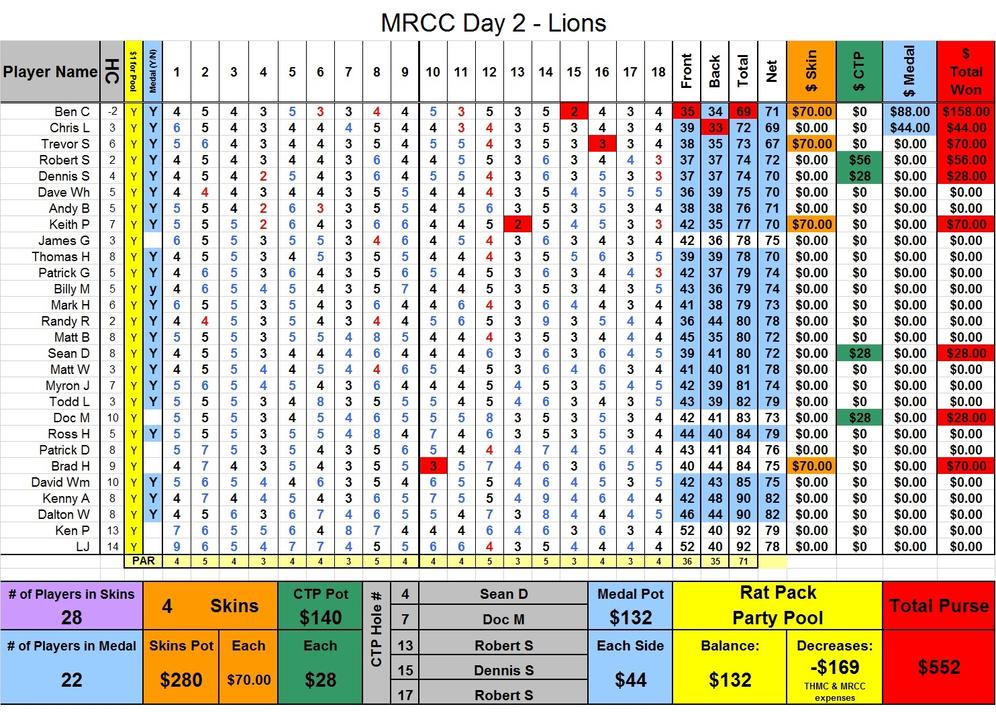 Another successful Muny Rat Club Championship (MRCC) is in the books!  Thank you all for making  time to play!

The weekend started with the Calcutta at Doc Mann’s House.  Fajitas and Beer were in abundance and the bidding was entertaining!  Thanks Doc for hosting and prepping a most delicious feast!

The first round at Jimmy Clay was challenging as the wind was blowing fairly strong out of the south. Temperatures were great and the sun was shining, so at least we had that going for us! Low rounds were Ben Carter’s 74 and Mark Herrin’s 76. Mark’s net 70 led the way in the handicapped flight!  Good playing gents.

The Final round at Lions felt more like a day in Ireland… it was Cold, windy, and drizzly. The wind was blowing out of the north at a steady 8 to 10 miles an hour making it quite a test.  Despite the conditions, we had some really good scores. Trevor Spring, came in early with an incredible 73, net 67!  Lions is one of Trevor’s favorite tracks and most of his career highlights have come at the Historic Muny!  But the day’s best round came from Mr Ben Carter who carded an amazing 69!  His two day total of 143 was good enough to win the gross championship by several shots over Chris Lyles!  The Net championship was a battle with three Rats coming in at 143... Trevor, Mark Herrin, and Dave ‘hard luck’ White who played the last 4 holes five over!  Matt Brower lost his ball on 18 and missed the playoff by one shot. He eagled with his second ball for a 144 net. Next year!  A putt off commenced with Mark winning on the second hole!  Congrats to all for playing solid golf!

A few more thank you’s:
1. Todd Lacoste donated a Dozen ProVs with ‘club champion’ printed on them.
2. Patrick Giles for helping me run the Calcutta and scoring. It would be impossible to run this event without his help.
3. Everyone that helped round up cards, scores, and dollars.
4. Matt and Trevor for coming in from out of town to play!  Wisco and H-Town!!
5. Thomas for the whiskey and all his support!
6. E-Lo and Steve for helping with the tee times.
7. But most importantly, Patricia for allowing me to be me!.